With a few days to kill, we continued north from Kaikoura. The coast along the northeastern shore was stunning so we just kept driving. We made it all the way to Picton where the island hits the sea. In Picton, you have the option to take a ferry to the North Island. We talked about doing that but couldn’t find an affordable rental car place that would let us take the car on the ferry so are flying in a few days. We opted for a few hours in Picton while we were up there. 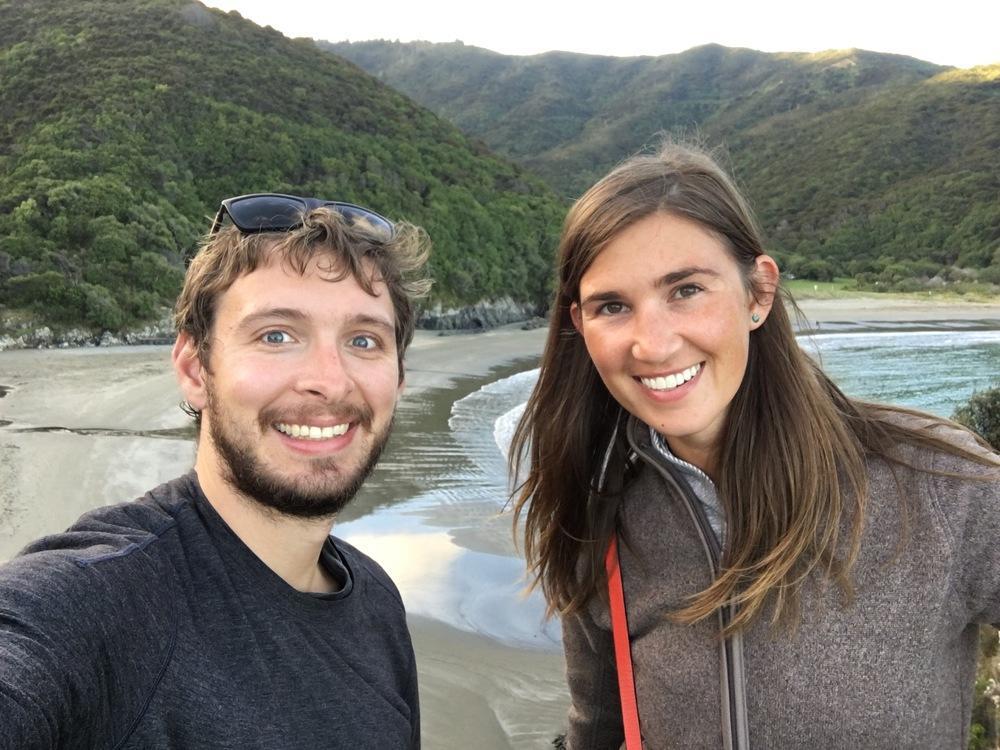 We found a modest hike taking us well above the coastline. The Snout Track starts out of Picton and winds up along the coast. The views of the sound were incredible. We are pretty sure we need to learn how to sail for our next trip around the world. After scouting out potential camping areas in the area, we opted to head a bit south with less people and more options for ocean-front camping.

We found the best campsite of the trip in Whites Bay about 10 miles south of Picton. The area was fenced off keeping out the ubiquitous and annoying camper vans and was about 200 feet from the ocean. We set up camp and climbed the cliff above. It looks steeper that is was but gave us a great view of the ocean and bay. We liked it so much there that we decided to spend another day just relaxing near the beach. I ventured into the ocean but didn’t make it much passed my knees. It was by far the coldest ocean water I have ever felt.

We took a leisurely drive back towards Christchurch this morning with an incredible stop along the way. We stumbled upon the Ohau Stream Walkway and Waterfall just south of Kaikoura. We had no idea, but the Ohau Stream is home to a massive seal colony. During the fall and early winter, dozens upon dozens of seal pups play in the stream and waterfall. We watched them for about half an hour before continuing south. We are back at the Sumner B&B for the night to organize before heading off to the North Island tomorrow.